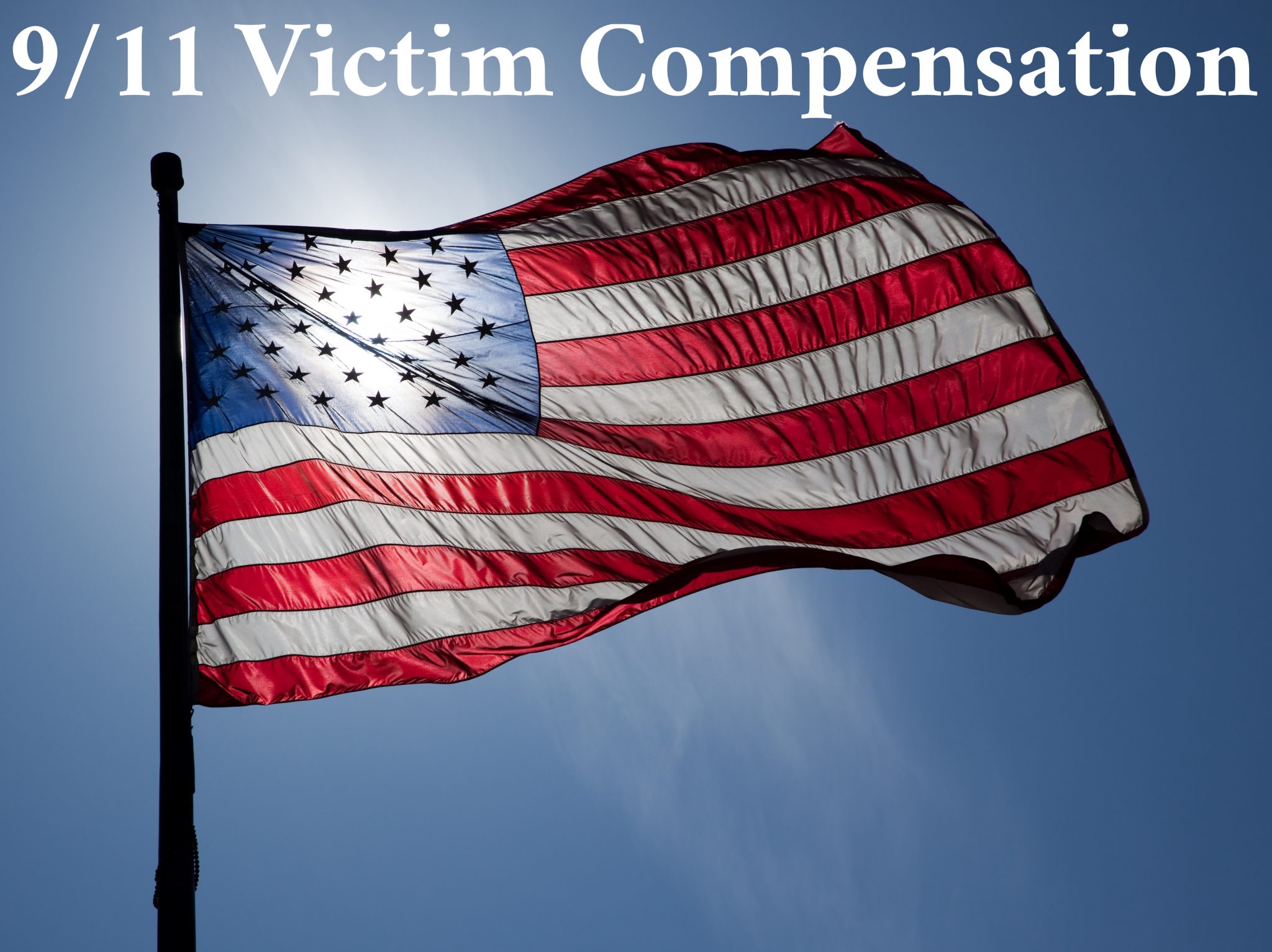 Under the James Zadroga 9/11 Health and Compensation Act, potential claimants for 9/11 victim compensation are required to register within two years of the date on which the claimant knew or reasonably should have known: (1) that the victim suffered physical harm as a result of the terrorist-related aircraft crashes of September 11, 2001, or debris removal in the immediate aftermath, and (2) that the claimant was eligible to file a claim with the VCF. Prior to the newly announced deadlines, the VCF declared the start date of the two-year deadline to register for 9/11 victim compensation as the date on which an illness or condition was first diagnosed.

With regard to families or representatives of individuals who unfortunately succumbed to their 9/11-related illness, they must register for compensation within two years of the victim’s death, or two years from the date on which the condition was added to the WTC Health Program List of Covered Conditions. For example, as detailed in our recent blog post, new-onset COPD was added to the list of covered conditions effective August 4, 2016. If an individual passed away due to new-onset COPD on or before August 4, 2016, then the family or representative of that individual would have until August 4, 2018 to file for compensation.

However, it should be noted, that irrespective of other applicable deadlines, all claimants for 9/11 victim compensation must register by December 18, 2020.

What is 9/11 Victim Compensation?

9/11 Victim Compensation is available through the September 11th Victim Compensation Fund (VCF). The VCF provides tax-free financial compensation for pain & suffering, lost earnings, benefits, replacement services, and past out-of-pocket medical expenses related to eligible 9/11-related physical conditions. Eligible claimants include those who were in Lower Manhattan, Staten Island Fresh Kills Landfill, or on routes of debris removal (piers, barges, garages where vehicles were cleaned) between 9/11/01 and 5/30/02.

Founded by the Air Transportation Safety and System Stabilization Act of 2001, the VCF was intended to protect the aviation industry from thousands of potential lawsuits related to the terrorist attacks on September 11, 2001. After 33 months, 5,560 paid claims, and over $7 billion in 9/11 victim compensation, the VCF was closed.

The original VCF compensated those injured in the 9/11 attacks, and families of lives lost. However, as we now know, the terrorist attacks did not end on 9/11. Rather, they continue inside the bodies and minds of thousands of Americans. It has recently been reported that the 9/11-related cancer rate has tripled in less than two and half years. Further, Dr. Jim Melius, Administrator of the New York State Laborers’ Healthy and Safety Fund, predicts “Within the next five years we will be at the point where more people have died from World Trade Center-related illnesses than died from the immediate impact of the attacks.” Since 9/11, over 75 types of cancer, aerodigestive disorders, and respiratory illnesses have been linked to 9/11 toxins exposure.

In 2006 Detective James Zadroga became the first member of the New York City Police Department to die due to 9/11-related respiratory disease. Zadroga’s name became a rallying cry on behalf of all individuals who were exposed to 9/11 toxins, or WTC dust, after 9/11. After a long-fought battle by uniformed and non-uniformed trade unions, political allies, and community leaders, the James Zadroga 9/11 Health and Compensation Act was signed into law on January 2, 2011. The Zadroga Act reopened the September 11th Victim Compensation Fund, allocated $2.775 billion for 9/11 victim compensation, and provided for the World Trade Center Health Program.

Due to expire in October of 2016, the Zadroga Act was reauthorized thanks to the efforts of union coalitions, activists, and years of relentless advocacy by U.S. Senators Kirsten Gillibrand and Chuck Schumer; and Congress members Carolyn Maloney, Jerrold Nadler, and Peter King. The reauthorization extended the WTC Health Program through 2090, the VCF until December 18, 2020, and allocated an additional $4.6 billion in 9/11 victim compensation.

What is the World Trade Center Health Program?

The World Trade Center Health Program is administered by the National Institute for Occupational Safety and Health (“NIOSH”) as part of the Centers for Disease Control and Prevention (“CDC”). It provides free medical monitoring, treatment, and medication for physical and psychological illnesses to responders and survivors who satisfy certain eligibility criteria. Healthcare is offered at Clinical Centers of Excellence (“CCE”) located throughout the NY/NJ metropolitan area: Mount Sinai, NYU Langone, North Shore-LIJ, Stony Brook, Rutgers University Robert Wood Johnson, Bellevue, Gouverneur, and Northwell Hospital. Memorial Sloan-Kettering is also an in-network provider for WTCHP cancer patients. FDNY members and retirees are treated within their own system, primarily at 9 MetroTech Center in Brooklyn. Those located outside the NY/NJ metropolitan area have access to the National Provider Network (“NPN”) administered by Logistics Health Inc. (“LHI”) that provides free healthcare at a vast network of clinics nationwide.

As explained in our recent blog post, although fifteen years have passed since 9/11, the health effects of exposure to toxins spewed into the environment on that fateful day continue on. Between 300 to 400 tons of asbestos were introduced into the environment on 9/11, in addition to a host of other carcinogenic 9/11 toxins. Dr. Michael Crane, director of the World Trade Center Health Program’s Clinical Center of Excellence at Mt. Sinai, commented on the issue “We will never know the composition of that cloud, because the wind carried it away, but people were breathing and eating it. What we do know is that it had all kinds of god-awful things in it. Burning jet fuel. Plastics, metal, fiberglass, asbestos. It was thick, terrible stuff. A witch’s brew.”

Specifically, there were as many as 50,000 personal computers, each of which contained a variety of toxins including four pounds of lead and troubling amounts of mercury, and 300 mainframe computers powered by hundreds of miles of wires containing polyvinyl chloride (PCP) and copper. There were 23,000 mercury containing fluorescent light bulbs and 12,000 miles of electric cables in the Twin Towers alone. The 16-acre site contained 10,000,000 tons of building material and contents, which burned at temperatures close to 2,000 degrees Fahrenheit along with 91,000 liters of Jet Fuel and 130,000 gallons of transformer oil.

Yet, despite the incredible amount of 9/11 toxins that were spewed into the air, just days later, Christine Todd Whitman, former Administrator of the Environmental Protection Agency, announced “I am glad to reassure the people of New York and Washington, DC that their air is safe to breathe.” Unfortunately, we now know that Whitman’s statement was woefully inaccurate. Whitman recently offered a qualified apology for misleading the public after 9/11.

Over 500,000 people were exposed to toxins on and in the months after 9/11, yet only 20% have enrolled in the WTC Health Program. Despite the shockingly low enrollment rate, WTC Health Program statistics are still alarming: As of July 2016, there has been over 1,140 exposed deaths attributed to 9/11-related illnesses, and there has been over 6,378 separate cancer diagnoses in the past two and a half years alone. Due to the fact over 400,000 people are left unaccounted for, the actual death toll of 9/11-related illnesses may already be higher than the number of lives lost in the attacks.

The WTC Health Program has linked the following List of Covered Conditions to 9/11 toxins exposure. This list is subject to change as the Health Program Administrator, Dr. John Howard, and the Scientific/Technical Advisory Committee continue to review research, statistics, and studies in order to identify new conditions for coverage.