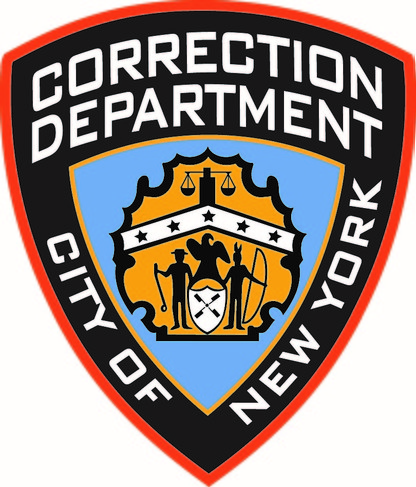 For the most recent VCF Deadline information, click here!

Correction Officers may be eligible for free healthcare and compensation if between September 11, 2001 and May 30, 2002 they were present:

Though the horrific scenes they experienced still haunt many 9/11 first responders, the grim role played by Department of Correction officers following the Sept. 11, 2001 attack on the World Trade Center was among the most brutal and difficult.

In addition to aiding the Medical Examiner’s Office and being among the only groups to be able to offer an operational communications system for use by other first responders, Department of Correction officers responded to Ground Zero, built a makeshift morgue at Bellevue Hospital on 31st Street and managed it for months as bodies were brought there for processing and identification.  Despite the trauma associated with receiving dead bodies and sorting through body parts, “Correction Officers volunteered in droves to go down there and be a part of that,” said Elias Husamudeen, president of the Correction Officers’ Benevolent Association (C.O.B.A.) in a video posted on Facebook.  Said Husamudeen, who personally served at Ground Zero and witnessed the horror first-hand, “it was a sad day in our history.”

Exposure to 9/11 environmental hazards — “9/11 dust” comprised of concrete, glass, metal, and other building materials mixed with highly carcinogenic contaminants such as asbestos, lead, mercury, dioxins, and more — affected not only DOC employees directly assisting at or near Ground Zero, but those who worked in DOC sites within the exposure area, including the DOC-operated Manhattan Detention Center, the agency’s former headquarters at 60 Hudson Street, and its support offices at 17 Battery Place and 2 Washington Street.  Adding insult to injury, statistics reveal that between 2005-2017, a surprising number of disability claims submitted to the New York City Employees’ Retirement System by DOC employees involved in 9/11 “rescue, recovery, or clean-up operations” were rejected.

Despite the direct role they played in responding to the city’s highly-challenging needs after the attack, the sacrifices they made, and the long-term health risks they were exposed to, New York Department of Correction employees are often among the forgotten heroes of 9/11.

According to the Congressional Budget Office, an estimated 500,000 people were exposed to environmental toxins on and after the terrorist attacks and, since 2013, nearly 10,000 known cases of 9/11-related cancer have been diagnosed, a 3800 percent increase over five years ago.  Victims have also dealt with a broad range of asthma and respiratory conditions, gastrointestinal illnesses, and more.

In 2010, the James Zadroga 9/11 Health and Compensation Act was passed, creating the World Trade Health Center Program (to provide medical testing and treatment for responders and survivors who suffered or will experience health complications) and reactivating the 9/11 Victim Compensation Fund.  Since then, roughly 29,000 claims have been submitted and over 14,000 victims and families of victims have received compensation from the VCF, with the average dollar value of all awards amounting to over $223,000.  The largest award to-date totaled over $4.1 million and Pitta & Baione LLP successfully obtained a 9/11 VCF award totaling over $3 million for a cancer victim they represented who was exposed to 9/11 toxins while working in an office building in Lower Manhattan during the months following the tragedy.

However, while this overall level of registration and claim activity may appear to be high, it actually only represents a small fraction of the total population of affected individuals — e.g., the roughly 89,000 registrants to the World Trade Center Health Program and 29,000 claims submitted to the VCF to-date represent just 18 percent and 6 percent of the 500,000 people exposed, respectively.  For the vast majority of exposed individuals who haven’t registered with the WTC Health Program or are unaware of the opportunities available to them to receive free medical monitoring and possible financial compensation for health issues they’ve endured or may suffer in the future, time is running out, as the current deadline to submit claims to the VCF is Dec. 18, 2020.

Individuals located in the exposure zone between Sept. 11, 2001 and May 30, 2002 are encouraged to register with the World Trade Center Health Program, get access to free medical monitoring and treatment for a condition linked to 9/11 exposure, and investigate their eligibility for financial benefits; families of those who suffered from a 9/11-related condition during their lifetime and have since passed may also be eligible for compensation.

This is especially true for New York Department of Correction employees, who provided invaluable support during that difficult time.  Though 17 years have elapsed since 9/11 — a tragedy that stands as one of the most horrifying acts of large-scale violence in the modern day — “rightfully, everyone should get their recognition,” said C.O.B.A.’s Husamudeen.

Time is of the essence, so take the important steps to preserve your health and investigate any VCF benefits that may be owed to you before the Dec. 18, 2020 deadline.

Contact the 9/11 Attorneys at Pitta & Baione LLP at (844) 982-2667 or e-mail them at [email protected] for more information regarding health and compensation benefits for 9/11-related illnesses.