As she struggled to maintain her composure, Janet Remouns recalled the memories of her husband coming home each day “covered in white powder.” George Remouns was an NYPD detective who spent weeks working at Ground Zero. There was no way for Janet to have known that this “powder” would be the cause of her husband’s terminal tonsil cancer. 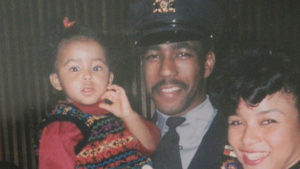 The events of September 11th, regarded as the worst attack on American soil, resulted in what attorney, Christopher Baione, calls as “an unprecedented environmental disaster.” Responders, like George, spent weeks combing through the charred rubble for bodies, not knowing that the air they were breathing was polluted by toxic chemicals.

Christopher and Matthew Baione represent people affected by 9/11 and help them file for awards from the September 11th Victim Compensation Fund – or VCF. The VCF was created under the James Zadroga 9/11 Health and Compensation Act back in 2011. The act allocated $7.37 billion to the VCF, but the deadline to file claims is fast approaching and will close in December 2020.

A proposed bill, the “Never Forget the Heroes Act,” would extend and fully fund the VCF through 2090. It passed the House on Friday but has yet to be voted on by the Senate.

“[These responders] don’t care about their name being on the wall, about the glory, or about the politicians thanking them,” said Matthew Baione. “They care about ‘Will my seventeen-year-old be able to go to college?’ or ‘Will my wife survive with me dead?’.”

Special Master of the VCF, Rupa Bhattacharyya, said the approaching 2020 deadline and the increasing number of reported 9/11-related illnesses have depleted the fund more quickly than anticipated.

Last month, Bhattacharyya addressed Congress about the difficulties posed by the increasing number of claims. Bhattacharyya expects 28,000 more claims to be filed by the deadline. It’s estimated that those claims would require an additional $4.6 billion in funding that the VCF doesn’t have. As a result, awards are being reduced and “the claims from claimants with the most debilitating conditions” are being prioritized.

Volunteer, William Bray, brought masks and gloves to other responders at Ground Zero every night for two months. Since then, he has been diagnosed with COPD, lung cancer, and Leukemia, all of which have been declared as 9/11-induced illnesses. 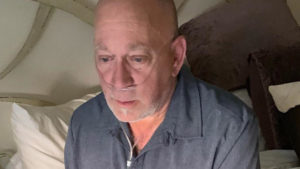 Bray has seen his award reduced by 50% in the past year. He says he is fully dependent upon the fund to provide for his wife and their 11-year old son. When he got the call about the cuts he remembers only hanging up the phone, terrified, with tears in his eyes.

Sue Querques’ life partner Dennis Bonelli died of lung cancer in 2017. She says the current state of the fund has left her feeling “that [she’s] on pins and needles.” Dennis is one of 16 FBI agents confirmed to have died from a 9/11-related illness. 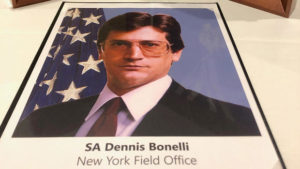 “I think Congress needs to know, from all of us… that every day that goes by another hero will be gone,” Sue said, adding that she wants full funding “so they can protect their families.”

Querques, Bray and Remouns all say that the cuts to the fund have brought back the same emotions they felt 18 years ago.

Remouns sees the compensation from the VCF as representative of George’s service and says the cuts have left her seeking justice in his name. “There’s no amount of money [that can represent] a great husband and father of 30 years… How do we make sense of this?”