I highly recommend Pitta Baione law firm. Matthew and Chris are prompt to return calls, extremely professional, diligent, attentive and compassionate. They listen to your concerns and don't stop working on your behalf until they get results.

From our initial phone call, we felt extremely confident in Pitta & Baione. handling our 9/11 Victim Compensation Fund claim. Their expertise and familiarity with the 9/11 VCF claims process was evident in all that they did to help us with all aspects of our claim. We consistently felt their commitment to us and we continue to consider them a valued and trusted source of support.

The attorneys in this firm were understanding, compassionate, took the time to explain everything that was needed. They kept me up-to-date with the progress of my case and did everything possible to expedite it to a successful conclusion. I would highly recommend this firm to anyone who needed the assistance that I did

Professional, Excellent, Caring and Distinguished Attorneys and Staff who make every client special. Always striving and determined to accomplish a positive end result. They continually keep everyone up to date with the progress and reports about a clients case. An exceptional and considerate firm. I continually refer friends and family as well as anyone looking for a great group. Thank you for your assistance. It is greatly appreciated.

Matthew and his brother Chris helped me get a settlement so quickly it took my breath away! They were both not only professional and knowledgeable, but they took the time to actually talk to me and get to know me, I didn't feel like just another client, but family. They helped expedite my settlement in record time, when I needed it most!

Christopher Baione is the Partner at the firm who assisted me with my legal needs. During a very difficult time in my life he was very patient, listened to my concerns, always had time to answer my questions and was available via phone or email. I hope to not need to call him again, but if I do, he will be the attorney I will be visiting. Excellent attorney. 5 stars from me

I thank you for your amazing services, very professional, respectful...my dad and I were very pleased... we appreciate Mr Matthew Baione very much and staff... we need good people like them to have a better world.

The firm is very professional, in particular the two Baione brothers. The staff that I had and conversations with were pleasant and very cordial. Most of all I was never confused on what was needed from me regarding my case. They have worked as speedy as I could have wished in helping me with my case. Good Group keep up the good work.

My wife tells me that we were rejected by two other law firms because they felt there was no case.than she found the Baione brothers.not only did they take the case,held our hands the whole time but got us the maximum we hoped to receive

Favorable result secured for an NYPD detective who responded to the attacks and later suffered from 9/11 brain cancer.

Secured a wrongful death claim on behalf of a union carpenter who worked on the 9/11 cleanup efforts at Ground Zero and was later diagnosed with 9/11 lung cancer.

Secured a favorable result for an area worker in Lower Manhattan who later developed 9/11 thyroid cancer.

Secured a wrongful death award on behalf of a Lower Manhattan corporate executive who was diagnosed with 9/11 leukemia.

Secured an expedited award for a union carpenter who worked in Lower Manhattan after 9/11 and was later found disabled by 9/11 lung cancer.

Secured an expedited award for a Local 94 operating engineer who worked in Lower Manhattan after 9/11 and was later found disabled by 9/11 lung disease.

Secured an xpedited award for a DSNY sanitation worker who assisted in the 9/11 cleanup efforts at Ground Zero and was later diagnosed with 9/11 nasal cavity cancer.

Secured an expedited award for a New York City Department of Corrections corrections officer who served as a volunteer responder on 9/11 and later developed a disabling and rare 9/11 brain cancer.

Secured a favorable result for a wrongful death claim on behalf of a TWU Local 100 MTA worker who participated in the 9/11 recovery efforts and later developed 9/11 lung cancer.

In the last 20 years, tens of thousands have filed either a 911 cancer claim or a claim connected to another illness with the Zadroga Act’s two programs: the World Trade Center Health Program (WTCHP) and the September 11th Victim Compensation Fund (VCF). Some people who were affected are just beginning to show symptoms of illness, and some will not develop symptoms for years to come.

Dozens of Cancers are Eligible for a VCF Cancer Award

In the 20 years since nearly 3,000 people lost their lives in the attacks on New York’s World Trade Center, tens of thousands of others have become seriously ill from the toxic environment that shrouded the area in the weeks and months that followed.

Almost 70 types of cancer have been linked to 9/11, most thought to be the result of area business owners and workers, residents, students, first responders, and others breathing in air contaminated with the residue of building materials, microscopic shards of glass, and asbestos for months after the attacks.

911 Cancer Claim Filings on the Rise

Thousands have filed a 911 cancer claim after being diagnosed with everything from skin cancer to bone, breast, and mesothelioma, an asbestos-related cancer. In fact, medical experts are anticipating an uptick in 911 cancer claims and other illnesses that come from exposure to asbestos and other longer acting toxins that can take years and even decades to manifest illness in a person’s body.

Each month new Zadroga Act claimants come forward, either because they have gotten sick themselves, they have a relative who died from a 9/11 illness, or they know that they need to protect their rights in case they become ill. Medical experts are seeing an uptick in asbestos-related diseases, as it takes longer for symptoms to manifest. Some of the most devastating and widespread types of illnesses connected to September 11, that often receive a VCF cancer award, include:

Unfortunately, not all illnesses resulting from the events of September 11 have been recognized as eligible for either treatment through the World Trade Center Health Program or compensation through the September 11th Victim Compensation Fund, but it is possible for new conditions to be added. For example, studies are underway to determine if cardiovascular diseases and neuropathy could be linked to 9/11 toxic dust exposure. The CDC provided the following, comprehensive list of possible cancers and illnesses, which includes illnesses not listed above. If you believe you have a claim for any of the illnesses below and are eligible for the 911 cancer fund or a VCF cancer award, please give us a call.

Any type of cancer diagnosed in a person less than 20 years of age.

Blood and Lymphoid Tissue (including, but not limited to, lymphoma, leukemia, and myeloma)

The WTC Health Program has developed a Policy and Procedure document for Rare Cancers that defines the list above. If, however, you believe that you have a 9/11 cancer claim, give our firm call and schedule a consultation.

Note: Only WTC Responders are eligible to be certified for musculoskelatal disorders. The disorder must be related to your 9/11 work and you must have proof that you received medical care for the injury before September 11, 2003.

If you feel you have a right to file a 911 cancer claim or a claim for another illness, or if your former claim has been denied, the attorneys at Pitta and Baione can help.

Contact Us To Help File Your VCF 911 Cancer Claim or Other Illness Claim, Appeal or Amendment

The 9/11 attorneys at Pitta and Baione can help you file your September 11th Victim Compensation Fund claim, appeal or amendment.

Even if you have not yet been diagnosed with an illness, If you meet the eligibility criteria, we recommend that you initiate a claim now. The September 11th Victim Compensation Fund has been increased by over $10 billion and has been extended to 2090. 911 cancer claims are processed on a first come, first served basis, so securing your place now to receive future compensation from a VCF cancer award makes sense, especially given the fact that many diseases and disorders can take decades to reveal themselves.

Get A Free Consultation 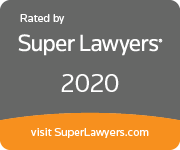