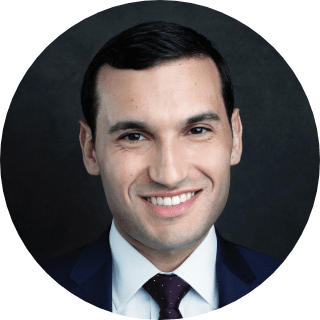 MATTHEW J. BAIONE is an internationally recognized New York city-based 9/11 lawyer. Matthew is the youngest founding partner of Pitta & Baione, and the youngest principal attorney of any 9/11 compensation firm in the nation. Super Lawyers has recognized Matthew as a top rated 9/11 lawyer for 4 consecutive years  2018,2019, 2020,2021. He has also been awarded the Clients Choice Award-by Avvo for 4 consecutive years 2017,2018,2019,2020 and recognized in Best Lawyers as Ones to Watch.

Moving with deliberate speed has come to define his career: Matthew graduated as the youngest member of his graduating class in both college and law school. Clients have commented on the urgency with which he practices – “the most professional, efficient, and speedy process that I’ve ever experienced in my life”…“substantial settlement with unbelievable speed”…“proactive, involved, energetic, open and compassionate”…“wise beyond his years.”

Matthew manages Pitta & Baione’s appellate practice and exigent circumstances division. In his appellate practice, he applies his background in litigation to fight for justice on behalf of his clients. Appeal hearings are sometimes necessary to establish eligibility for certain 9/11-related conditions, prove sufficient exposure to 9/11 toxins, unravel nuances in VCF policy, and explain lost earnings. A few of Matthew’s appellate victories include successfully defeating an enforced retirement age wrongfully applied to a New York City mechanic, which resulted in an award of over $550,000; successfully establishing exposure to 9/11 toxins on behalf of a worker who was caught in the dust cloud after narrowly escaping the World Trade Center before it collapsed; and successfully reviving a claim on behalf of an area resident suffering from 9/11 colon cancer which was previously denied due to a VCF filing deadline, among many others.

As manager of the Firm’s exigent circumstances division, Matthew represents claimants who require immediate attention, careful prosecution, and swift justice like those battling aggressive 9/11 cancers and other severe illnesses or who are experiencing extreme financial hardship due to their conditions. Victories on behalf of VCF claimants in the exigent circumstances division include an award of over $3,000,000 on behalf of a disabled financial executive suffering from metastatic breast cancer, which was increased from $1,000,000 after a successful amendment; an award of over $1,700,000 for a disabled New York State court reporter battling brain cancer, and an award of over $1,100,000 for a disabled Local 94 operating engineer suffering from late-stage pulmonary fibrosis.

In addition to prosecuting claims, Matthew serves as the Firm’s liaison to the VCF – regularly meeting and conferencing with VCF staff attorneys to discuss and resolve client issues. During the VCF’s 2019 Funding Crisis, Matthew met with Special Master Rupa Bhattacharyya and Deputy Special Master Jordy Feldman to discuss policy proposals and their potential impact on the Firm’s clients and the 9/11 community at large. Matthew also worked with Staten Island Congressmember Max Rose to organize a town hall about the 2019 Funding Crisis, which featured VCF and WTC Health Program leadership.

Matthew regularly lectures to unions and community groups about 9/11 toxins exposure and the various federal 9/11 benefit programs. He has been featured in publications and news outlets such as NBC, the Staten Island Advance, Grit Post, LaborPress, 970AM The Answer, World Journal, Epoch Times, and Sing Tao. During the 2019 VCF Funding Crisis, Matthew co-authored with the Firm’s Senior Advisor and former Staten Island Borough President Jim Molinaro, an op-ed in the Staten Island Advance calling on Congress to pass the Never Forget the Heroes Act.

Prior to founding Pitta & Baione, Matthew practiced complex real estate, construction, and commercial litigation at a prominent midtown law firm while simultaneously serving as of counsel to a personal injury and employment litigation firm. During this time, Matthew prepared arguments for a precedent-setting decision in the Court of Appeals, the highest court in the State of New York. In addition to practicing in the civil sector, Matthew worked on both sides of the criminal bar. Matthew started his legal career assessing preliminary evidence and drafting criminal complaints at the Kings County District Attorney’s Office. Matthew later worked at the world-renowned Innocence Project under Vanessa Potkin, Director of Post-Conviction Litigation, where he helped exonerate a wrongfully convicted client using DNA evidence.

Driven by a will to practice law, Matthew graduated St. John’s University cum laude in cursu honorum in just two and a half years, with a B.A. in Social Studies, Philosophy minor. Matthew’s mentor and thesis advisor Professor Joseph Bongiorno, Esq. sponsored him for induction into the Phi Alpha Theta history honor society. Matthew received his law degree with a concentration in constitutional law from Yeshiva University’s Benjamin N. Cardozo School of Law as a Dean’s Scholar and graduated as the youngest member of his class. While in law school, Matthew served as Staff Editor of the Arts & Entertainment Law Journal where he researched constitutional law. 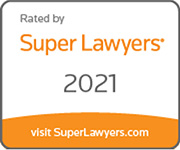 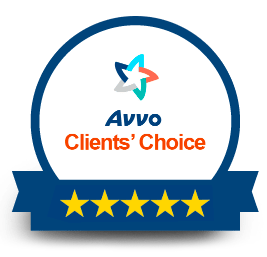